Skype to Microsoft Teams: Hints and Tips for Making the Move 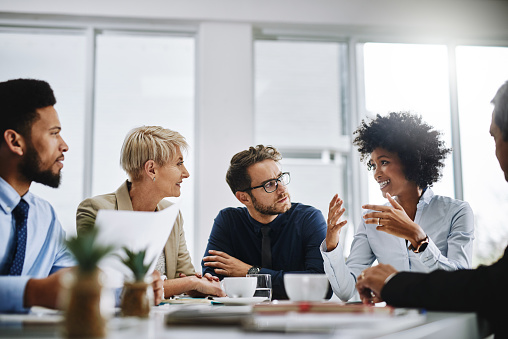 Microsoft has announced that Microsoft Teams is about to become the primary communications client for users of Office 365. This means that an upgrade from Skype for Business to Microsoft Teams is imminent, and your company and its IT department will need to be prepared.

Microsoft Teams
Teams is a major upgrade compared to Skype. It provides a host of collaborative tools that center around what Microsoft describes as a chat-based hub. It supports enterprise voice and video calling using Skype for Business. Going beyond Skype, it integrates with existing Office 365 services such as Azure, SharePoint, Yammer, Outlook, OneDrive, and Exchange while providing access to team-enhancing tools such as intelligent Bots and Connectors.
Microsoft now feels that users can switch to Teams without using the functionality they have become accustomed to in Skype for Business –teams is considered to be at “feature parity” with Skype for Business. It has spent more than a year preparing Teams for this transition and has pointed out that nearly 70% of their enterprise customers who are using Skype for Business are already using Teams. While change is often met with resistance, it seems that this particular upgrade will prove quite useful in the long run.
The Upgrade Is Not Really Optional
The first thing to realize is that this move from Skype to Microsoft Teams may sound as if it is an optional upgrade right now, but in time it will prove to be mandatory. This upgrade will be pushed on users, and it is better to be prepared and have a plan in place to make the move. For the time being, however, Microsoft supports their clients being able to make the move on their own timetable – while still encouraging them to start using Teams immediately.
There are Two Types of Upgrades Available
For smaller organizations, there is an option known as Upgrade Basic which will upgrade the entire organization at one time. This is great for businesses that don’t have the IT resources to make the move on their own and is basically an automated upgrade. The automatic upgrade offers became available on November 1. For those who prefer or need a more phased upgrade approach, Microsoft also has an Upgrade Pro option. Note that there is an abundance of tools Microsoft has made available to assist with the transition process for both types of upgrades.
Administrators Have Some Control Over Team Creation
If your company is subscribed to Azure AD Premium, then IT administrators can limit who is able to create teams. This is possible because Groups and Teams are interconnected. Limiting who can create teams will be used to keep the number of teams created in check until the transition process to Microsoft Teams is complete.
Be Aware of Potential Compliance Issues
Teams is designed to serve as a central hub for groups to collaborate. Because of that design, there are project specific spaces that can include features such as file storage, SharePoint sites, and guest access through Gmail or Outlook accounts. These types of features can be problematic when it comes to compliance issues for areas such as healthcare, government, education, or legal applications. These compliance risks will need to be carefully addressed early one during your company’s adoption/transition process.
File Sharing
Decisions regarding file sharing need to be made before transitioning, also. First, note that if your organization is using Teams, there is no need to be using network file shares. Another factor to consider involves sharing procedures for teams. When sharing files in Teams, a system needs to be established for how users will be accessing shared files. Resulting issues can include unnecessary duplication and users accessing different versions of the same files.
Microsoft Has Provided Guides for Teams
There is a Quick Start Planning Guide and Adoption Guide from Microsoft that provides a wide overview of what Teams can be used for and how to best implement it, along with some video content to help users better understand the potential of teams. It would be a wise move to check out the materials Microsoft has made available and to do so well before your company is forced to make the change to Teams.
Conclusion
No official sunset date or end-of-support has been set for Skype for Business, but the transition to Teams is imminent. Now is the time to make sure your company is ready to make the change. You are strongly encouraged to take a look at the materials that Microsoft has made available to help companies and employees make the transition as smoothly as possible. And don’t forget, as you follow your own roadmap to upgrading to Teams, that you need to keep in mind critical (but easily overlooked) issues such as file sharing and compliance.